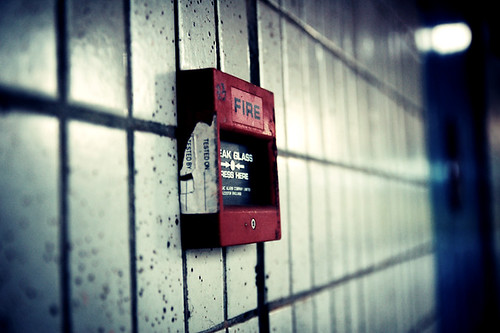 I have a feeling that in Portugal there is a very strange way to look at what is “a crisis”. So, this article is by no means innocent  it is meant to set a proper definition for what is in fact a communication crisis.

For a bit of context, I feel that everytime there is a bad customer experience shared on a Facebook page, all hell breaks loose. Every internal stakeholder wants up to the minute reports, and responses are prepared thinking about every possible scenario. Everyone is worried, most of the times at a level far beyond what the situation calls for.

So lets looks at how the IPR defines crisis:

“A crisis is defined here as a significant threat to operations that can have negative consequences if not handled properly. In crisis management, the threat is the potential damage a crisis can inflict on an organization, its stakeholders, and an industry. A crisis can create three related threats: (1) public safety, (2) financial loss, and (3) reputation loss.”

But I wanted a simpler definition, so I reached out :

@brunoamaral Without looking one up: a threat to or disruption of business-as-usual.

And Philip Young proposed the following for crisis management:

Strategies to deal with unexpected events that might seriously damage stakeholder relationships.

So, lets move forward with these three definitions keeping in mind there will be several levels of crisis management.

There is a Portuguese saying that goes something like this: “Robbed house, locks on the door”. It refers to the fact that some people only take precautions after the fact.

Not all brands have a crisis communication plan, or even a monitoring solution.

Crisis communication usually comes from the PR Department, however there is still some reluctance to let departments other than marketing involved in social media channels. PR professionals are clearly more sensible to the need for crisis planning, and yet not always have the time and resources required. These resources also include the recognition by other internal stakeholders, and the means to activate monitoring, blogs, facebook groups and pages as part of crisis communication.

Brands seem to rely on PR to elaborate key messages, distribute press releases and communicate with key stakeholders. This is done Ad-hoc, with little time to plan and most of the times subject to the same process of internal approvals that compromise important deadlines.

All this needs to change.

Marketing departments would gain by involving PR into their campaigns, aligning with possible crisis scenarios, preparing key messages ahead of time and simply joining forces to come up with faster and more effective reactions by the brand.

Whenever a marketing campaign results in a negative response, it’s a crisis. This dates back to the Motrin Moms backlash.

But there are a series of questions we should ask before activating any response mechanism.

I see too frequently that the dialogue among communication professionals (Marketing and PR) is the source of most “crisis”, some of which are fake crisis. It is not about the customers, not about any key stakeholders, but it is in fact a series of non constructive remarks by people who in someway make a living out of social media.

We all need to take a step back and slow down, thinking it through before passing judgement without knowing what in fact happened.

3 -It is important to learn from our mistakes

What happened with some portuguese brands over the last few months is nothing new. A perfume brand created a fake love story that made it all the way to prime time as being true. It featured a fake Facebook page, with actors playing it out as if it was all true. This was in 2012, and before that Vodafone Portugal tried the exact same stunt using a fake blog back in 2007.

But more than learning from each other’s mistakes and doing our best not to repeat them, organizations need to learn the value of failure. But don’t just take my word for it, read chapter 10 from Clay Shirky’s book.

I am a Digital Strategist, divided between tech and creativity, working for the EDP Group and teaching in the Masters Course of …