Failure doesn't make yout sh*t, they makes you learn.
Success are not a gift, its the result of work and team.
You can and will grow! Never give up.

Kids are born with the ability to just get up and keep going, we lose that when we grow up. They don’t stop trying, and that’s the best way to lear. We learn through failure.

the first rule of failure is to talk about failure

When we talk about it, people show empathy and support

Your identity is not the design you do, the UX you crafted. The identity is what we do next.

Take responsibility for your decisions

Talking about screwing up doesn’t make you a screw up.

Comes from a set of factors:

You’re not special. Get back to work.

We should all work harder.

Success makes you selfish, and the goal in life is making others successful.

Failure is yours, success is your teams.

We give up when things don’t go as planned.

“We should understand that bad things happen, and that’s ok. If we know that, we are prepared for that. Plan for things that can go wrong, not just for when things go right. Don’t be ridiculously optimistic.”

Most people lost in the wild, they die of shame.

To deal with reality you must first recognise it as such.

We bulshit ourselves to believe we don’t need others.

”All the time we bullshit ourselves that we can do it alone and don't need help from other people.” @RMBanfield #uxlx pic.twitter.com/1EBJhpIabr

Embarrassment is more likely to kill you than anything else

What to pack for space

As soon as you start talking about a new idea, you start polarising people. When this happens, you lose momentum because you consider their opinion more important.

Be a little bit nuts and go beyond what other people think about you. Go to the science. Find arguments to back you up.

"I invite you to be crazy, to be a little nuts." "Don't worry about people loving your ideas all the time." - @RMBanfield #uxlx pic.twitter.com/5Uhta1veeH

As designers we put a lot of identity and self into the work and don’t deal well with adverse opinions. Because it feels they are putting down our identity.

Life is essentially an endless series of problems. The solution to one problem is merely the creation of another.

You don’t have to solve all the problems, you just need to find the ones that are meaningful for you.

I love you - or - the fiery ball of death

You should have a fake funeral for your ideas. And if they are meaningful you should keep working for them.

Failure is actually a strategy.

It turns out you have to give up control to other people.

Failure isn’t so bad when there’s someone there to catch you. 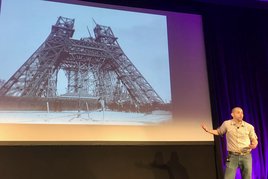 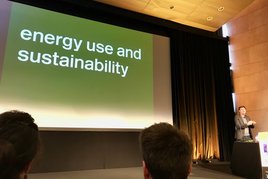 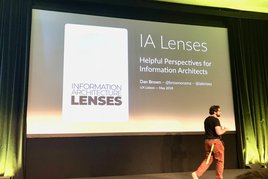 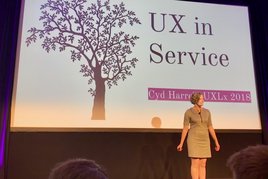 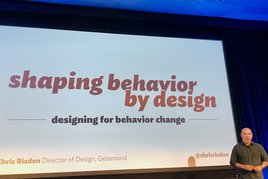 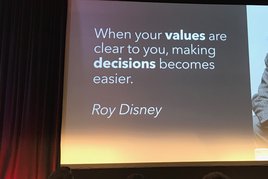 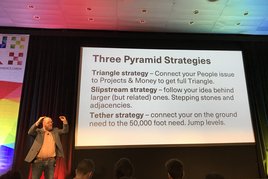 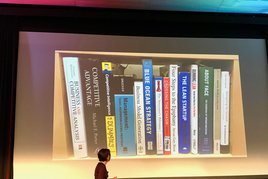 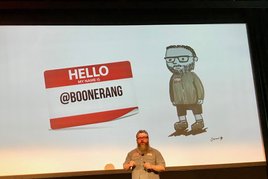 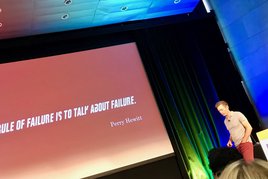