All neighborhoods have their own whimsical and treasured characters. Those who wake up almost at the same time and meet each other in cafes, amid cheerful and also sadder smiles.

The meeting points are scattered throughout several locations and hours. In the morning, while drinking an espresso, they pick at each other using the headlines of A Bola (a Portuguese sports newspaper). After lunch, there is a whole quarrel going on for a spot in the shade to play dominoes.

And some park benches almost have a “reserved” sign, invisible yet readable by those in the neighborhood.

One is the park bench in Santo Amaro. It’s reserved for Mr. Apolinário. It’s always in the shade, where he feeds the pigeons and talks to friends and strangers.

Everyone loves his everlasting smile and the joy when he says good morning. During school time, the kids, even the older ones, eventually take two minutes to sit with him and chat about the weather.

Mr. Apolinário has plenty of stories to tell. He traveled through the world, worked in Angola, was in Guinea and all over Latin America, some say he has been in Japan as well and other lands whose name he doesn’t recall anymore.

Some people in the neighborhood are skeptical and say that he lies, embellishing the truth. They can never prove it but remain still in their stubbornness. But they simply cannot deny the richness of Mr. Apolinário’s life.

Sometimes, for weeks, Mr. Apolinário vanishes and the park bench is left abandoned. When he reemerges, people ask “where have you been?”. He laughs and says that he was flying helicopters to earn some pocket money.

It was a recurring joke, particularly when he lost money playing cards in Manuel’s bar. “Next week you have to fly some of those helicopters to play again!”

One day, Mr. Apolinário disappeared for good. The weeks went by, more than the usual helicopter period. Even some of the older kids asked about him in the usual cafes.

Three months of rent remained unpaid and the landlord called the police to report his disappearance. They visited his house, broke into it according to the law, expecting to see him fallen somewhere. There was no sign of him. He had left everything behind, except some clothing and an empty safety box. It didn’t look like he was in a hurry, he had been meticulous.

There were several photo albums among the belongings of Mr. Apolinário. Armed in front of a helicopter, surrounded by fellow camouflaged and smiling comrades. A chest had partitions for all sorts of drugs. Three years later, the investigation to find out what happened to Mr. Apolinário is still open.

The story is told in the cafes and park benches up to this day. Some people in the neighborhood are even more skeptical and remain still in their stubbornness.

Select one of the pages in this story Às Páginas Tantas 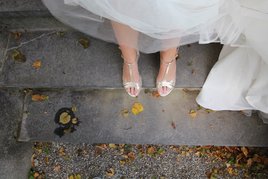 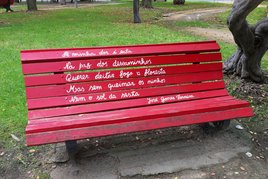 Creativity Dia a dia no bairro

All neighborhoods have their own whimsical and treasured characters. Those who wake up almost at the same time and meet each other in cafes, amid cheerful …