Lately I have been stumbling upon a number of news articles about Portugal, about the economic crisis, about how the portuguese are leaving home in search for a better life.

The first was from the Financial Times, Portugal sees exodus of skilled workers seeking better prospects. Next came the New York Times with a less gloomy perspective, After a Recession in Portugal, the Tiny Green Fruits of Success. There are others I am sure, but I don’t feel they are telling the whole story.

Sure, there are nurses and designers who left the country to work, companies that in the midst of the economic desertification found a way to survive. But there are others whose path was not so cut and dry as the articles make it seem, there are people who decided to leave the country not because life wasn’t good but because it was time to expand. I had friends leave the country before there was even a recession, for example.

And it got me thinking, I could look at a map and pin at least 10 people I miss. From marketeers to teachers, advisors and IT professionals, designers and developers.

So I reached out to them, and asked if they would be interested in contributing with a point of view for this blog. Quite a good number said yes, even after admitting first that they had never written an article for a blog.

Please stay tuned, this is going to be interesting.

I am a Digital Strategist, divided between tech and creativity, working for the EDP Group and teaching in the Masters Course of …

and a world of stories 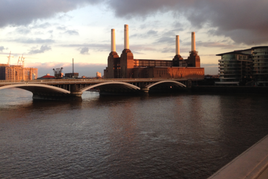 This is an amazing story about an incredibly boring individual — Or is it the other way around? It brings us back to September 2012. I had just completed a …

“My comfort zone became too uncomfortable”

Ignore what the prime-minister said: you don’t have to leave Portugal. If you want to be 20 minutes away from your friends’ birthday celebrations, to be … 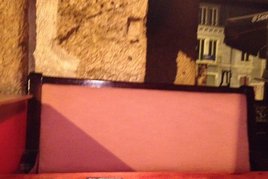 Communication A country of emigrants, and a world of stories

Lately I have been stumbling upon a number of news articles about Portugal, about the economic crisis, about how the portuguese are leaving home in search …