It was last week that I was able to visit the private exhibition at the Museu de Arte Popular. Self proclaimed as the largest collection of Escher’s work, this was quite interesting.

The collection itself if amazing. During the tour, some installations are used to explain the mathematical and optical principles he applied to his work. In two of them, you can take a photo of yourself standing inside one of his works.

I was not aware that the work I believed were careful sketches are in fact engravings. It actually makes his work even better. And even though we see his influence in work being done today, it still escapes us.

The exhibition displays works of advertising for brands, magazine and album covers, and clips of movies such as Labyrinth. All of them showed the same skewed perspectives of dimension, of an impossible reality and of metamorphosis.

In one of the magazines in display, Escher’s work is described as weird. Time eventually transformed that weirdness into genius.

If you’re in Lisbon sometime between now and the 27th of May, do find the time to visit the Museu de Arte Popular. 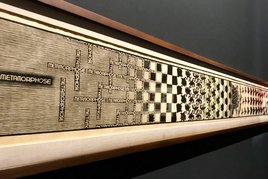 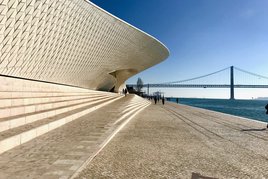 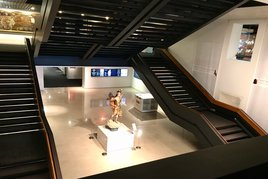 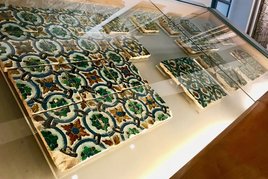